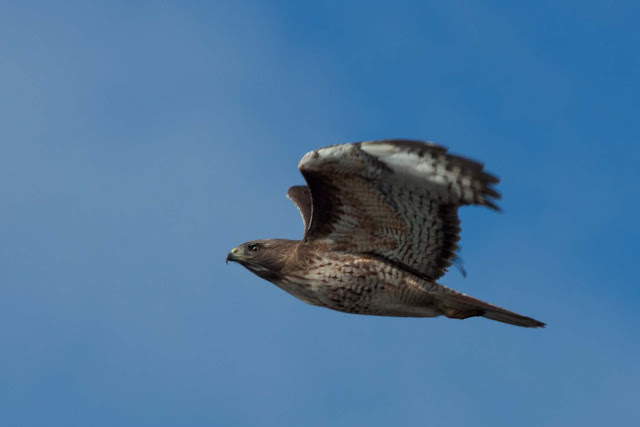 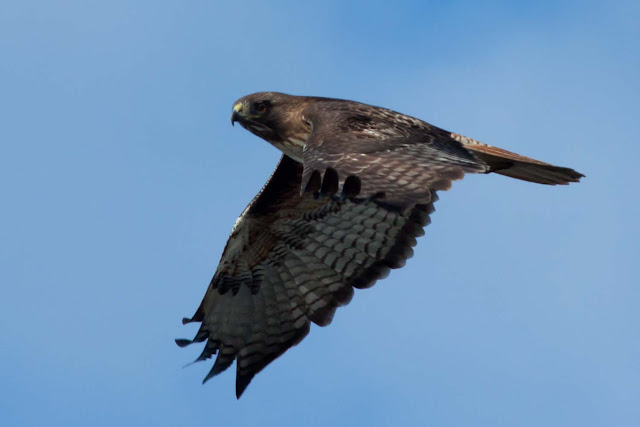 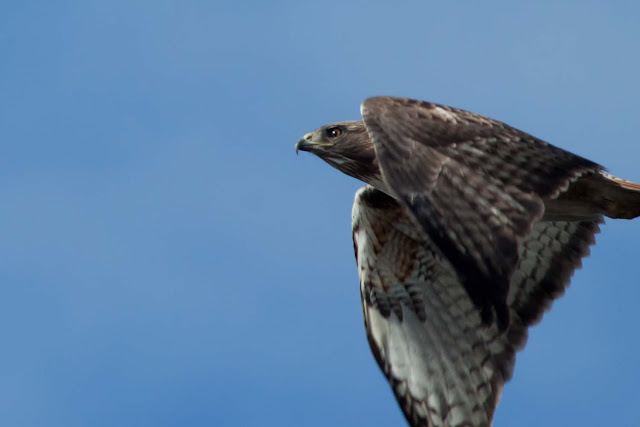 No clouds in our skies of late but there have been a lot of raptors.  This Red-tailed Hawk took to the air as soon as I pulled out my camera.

See more views of the sky and what is in it at SkyWatch, Friday; hosted for us by Sandy and Sylvia.
Posted by Martha Z at 7:00 AM 16 comments:

A Visit to the Sandhill Cranes

It's Winter and that means it was time to visit the Sandhill Cranes at Staten Island. 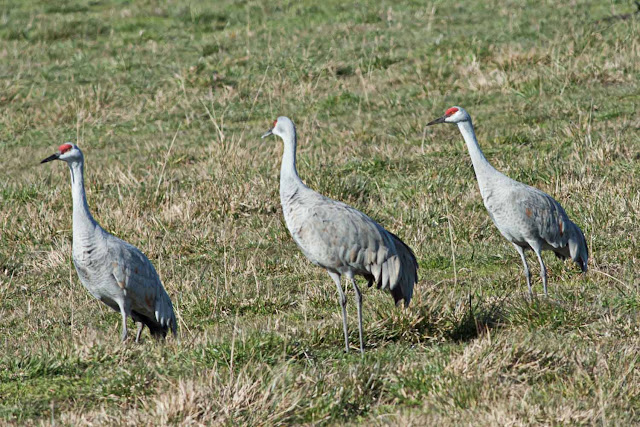 No, not that Staten Island!  This Staten Island  is in the San Joaquin/Sacramento Delta and is operated as both a farm and a wildlife preserve by an affiliate of the Nature Conservancy.  It is the winter home of many Sandhill Cranes. 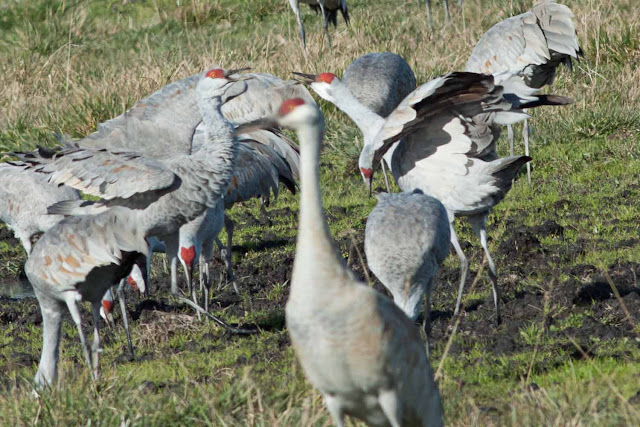 During our visit the cranes were mostly foraging and we saw few active interactions between them. 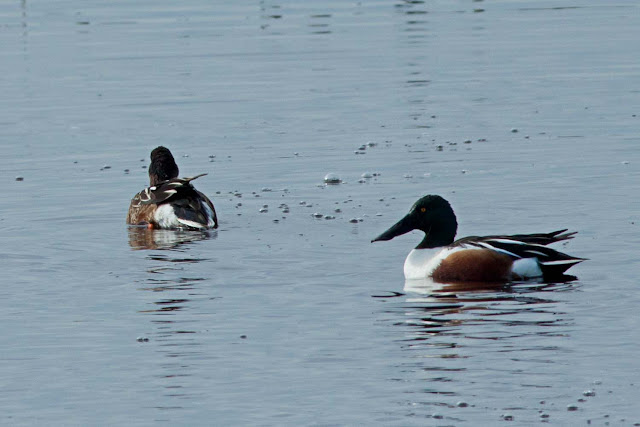 Nor did we see the variety of species that we have seen on previous visits.  There were a fair number of Northern Shovelers with their large beaks. 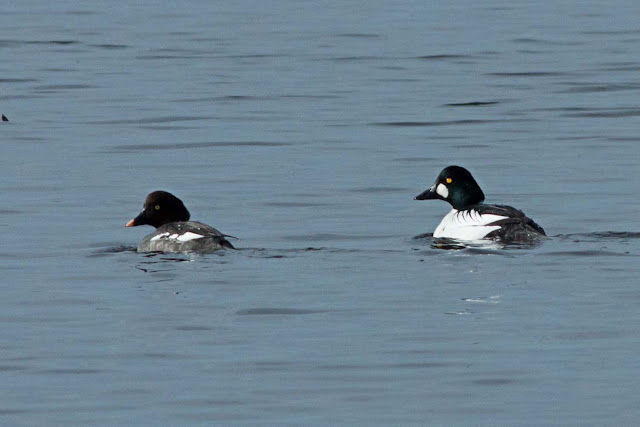 There were several pairs of Common Goleneye. 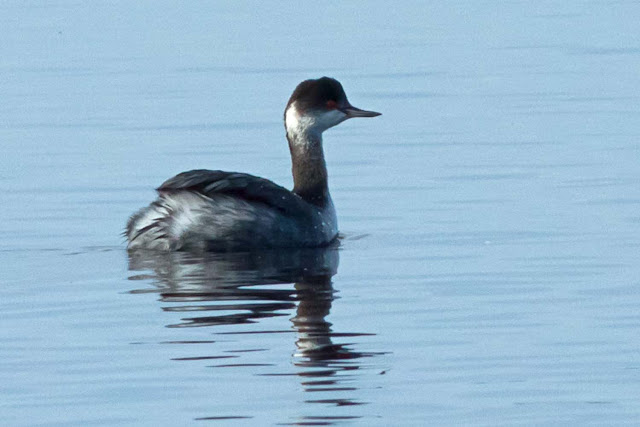 And a single Eared Grebe was spotted.
We also saw a Red Tailed Hawk and a coyote.  Perhaps we will get a chance to revisit Staten Island this season or one of the many other refuges in California's Great Valley.

Find other views of our wonderful World at Our World, Tuesday and look for more images of birds at    Wild Bird Wednesday.
Posted by Martha Z at 7:54 PM 16 comments:

We saw lots of birds while in Hawaii, just sitting in the back yard I saw many species that were new to me and others, like the morning doves, that were quite familiar.
Familiar or not, all of the birds I saw were non-native species.
As nice as it was to see new birds, I would have been happier if the ones I saw were native species.
Competition from introduced species of birds and the introduced mongoose along with habitat loss have caused a decline in the population of native birds.
Before the arrival of humans there were 113 species of native birds in Hawaii.  Of these, 71 have become extinct and 31 are threatened or endangered.
While these birds were lovely and delightful to watch imagine what we have lost with extinction of the wonderful native birds and plants, not just in Hawaii but the world over.
The introduction of species has been going on for a long time.  The Junglefowl was introduced by the Polynesians.