In hopes of getting a shot of Comet Panstarrs I drove with my gear to a nearby viewpoint. 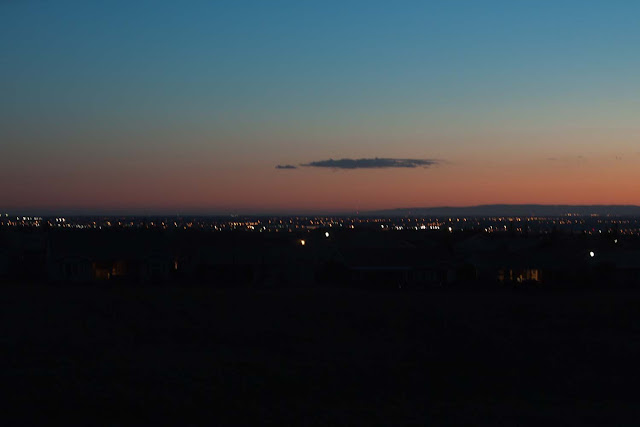 March 8 was a perfect night with clear skies but alas, the comet had set by the time the sky had darkened enough to view it. 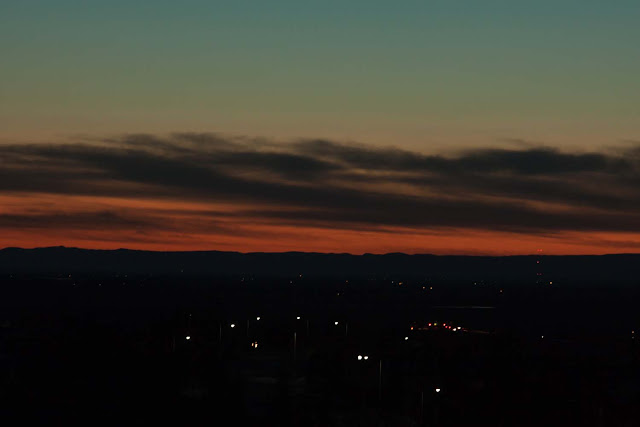 March 9 had a similar issue plus the marine layer was creeping over the coast range 50 miles away.  March 10 we walked up to enjoy the view but since it is 3/4 of a mile I didn't bring my camera gear. 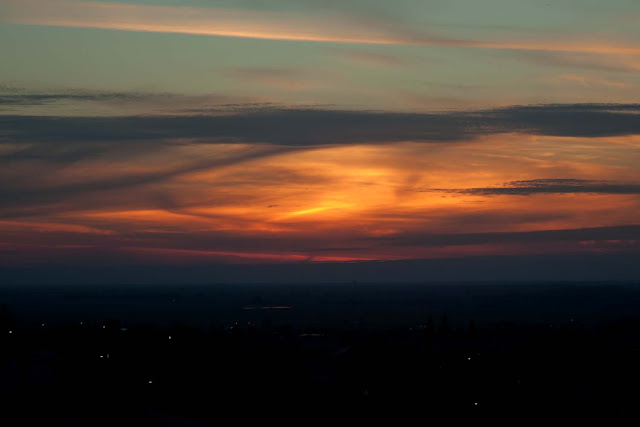 Last night, March 13, I tried again.  By now the comet was higher in the sky, away from the glare of the just set sun.  Unfortunately the clouds in the west were also higher.  Although the comet was faintly visible through the clouds it was to faint for a picture.  I did enjoy the sunset, though.
Clouds on the western horizon are normal here, great for sunsets by not too good for comet gazing.

I'll be checking SkyWatch, Friday to see if any other sky watchers had better luck.  Follow the link and join me there.

Hubby and were headed out for an evening photo shoot when we came upon a van stopped in the middle of the lane.  What was going on?  A coyote on the side of the road.  I quickly grabbed my camera with no time to check the settings before Jules drove around the other vehicle (when will I learn to leave it in auto mode?) 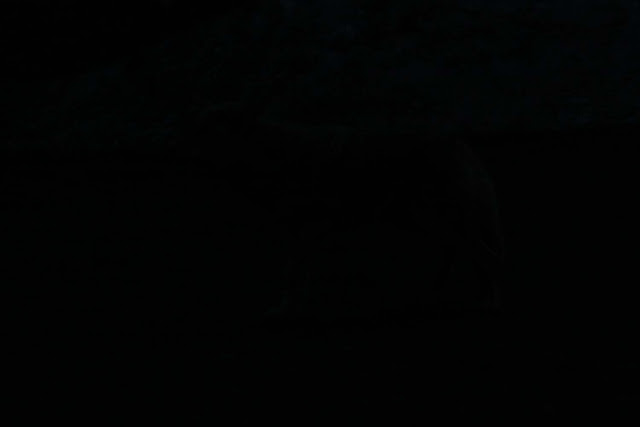 This is what I found when I downloaded my images, woefully underexposed!  The camera had been in manual mode, set for much more light.  All was not lost, I was shooting in raw. 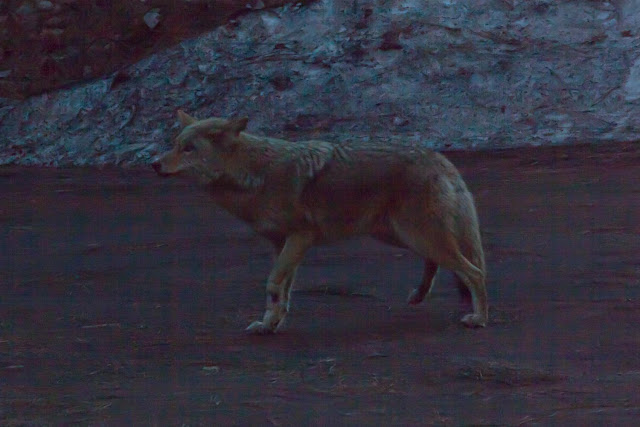 Not the beautiful image I would have liked but good enough to make another point.  Not only had the driver stopped in the traffic lane, he was feeding the coyote and inviting it in to his van!  We then heard a woof of a different sort, a ranger pulled up behind.
The driver was pulled over at "Valley View", our first photo stop and I heard the ranger say he was giving a citation for stopping on the road but the "biggie" was the citation for feeding wildlife.  I don't know what this will cost the driver but it can be as much as $5,000.
Human food is not good for animals (much of it isn't good for humans, either).   Feeding wildlife can train them that humans are a source of food and they can become aggressive and dangerous.
Wildlife should not be fed or approached but no matter how hard rangers try, some folks just don't get the message.