This has been a terrible week for people across our state.  Wild fires have burned so hot and so fast that some people literally had no where to run. 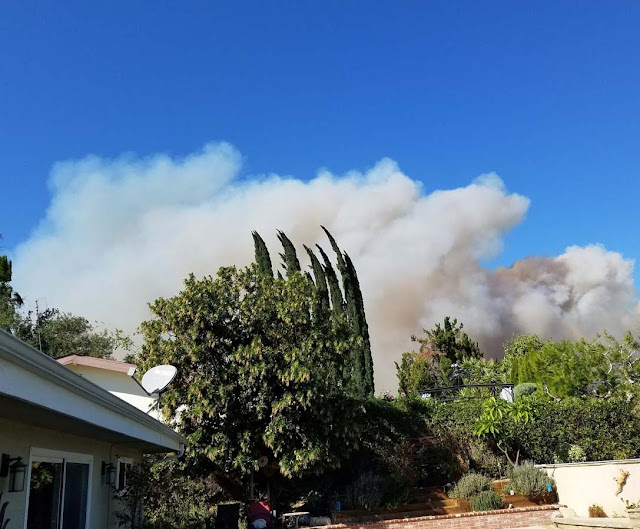 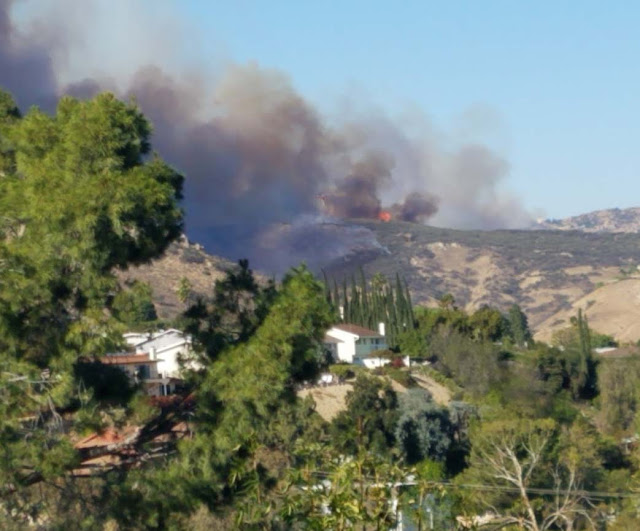 Our son took these shots from his back yard.  They are from the Woolsey fire in Southern California.  Although the fire came quite close at times, the winds kept it moving to the west, away from his home. 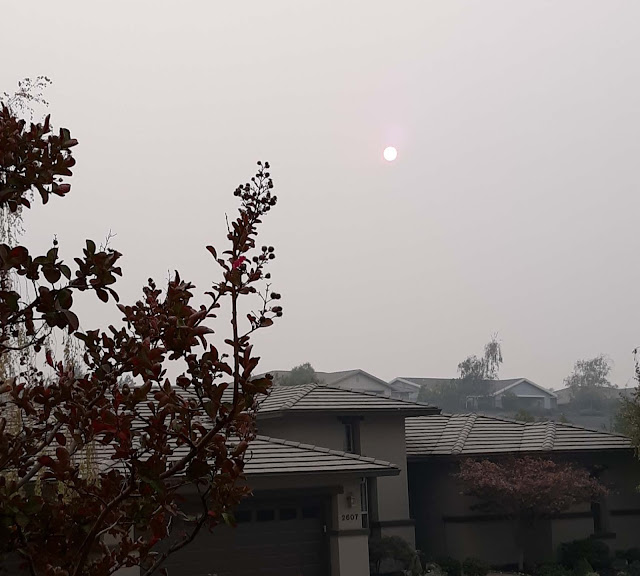 Here in Lincoln and throughout the Sacramento Valley the air is filled with smoke from the camp fire in Paradise.  You can see in this shot from my yard the sun shining weakly through the haze, most outdoor activities have been canceled.

For us it is merely an inconvenience, for the people of Paradise it is a catastrophe.  So far 48 people have been found dead and over 200 are still unaccounted for.  Thousands are now homeless in an area that already had a housing shortage.

Our "Dear Leader" has chosen to blame the people of California citing poor forest management ignoring the fact that most of our forest lands are managed by the federal government and the Woolsey fire is in an area with few trees, mostly grass and brush.  Perhaps it would be better if he would acknowledge climate change and establish policies to reduce global warming.

You can find more views of the sky (hopefully more pleasant ones) at SkyWatch, Friday
Posted by Martha Z at 2:01 PM 11 comments:

We missed the fall color in the high country but a visit to Yosemite at the end of October made up for it. 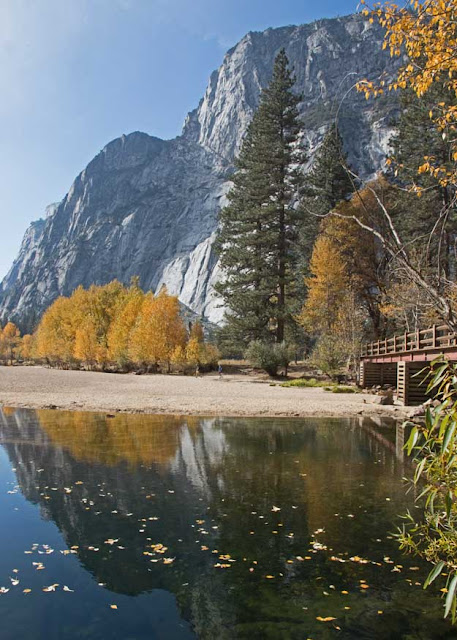 I'm afraid my images don't do justice to the beauty. 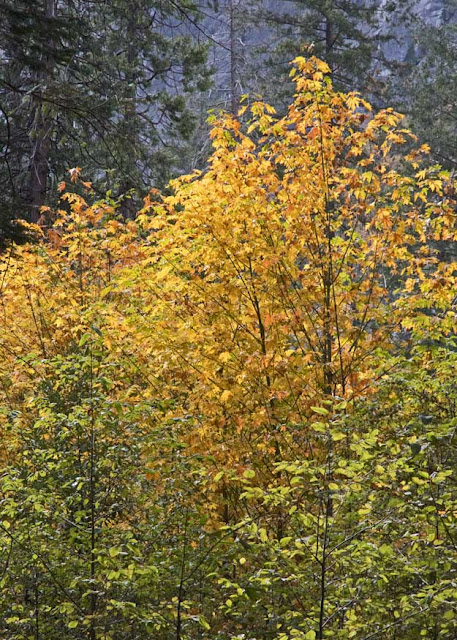 Some of the best color was "drive by" in places I couldn't stop or easily walk to. 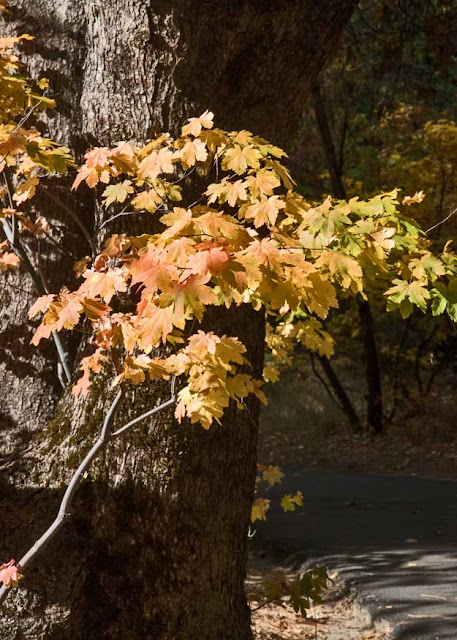 Maples were yellow, gold and orange 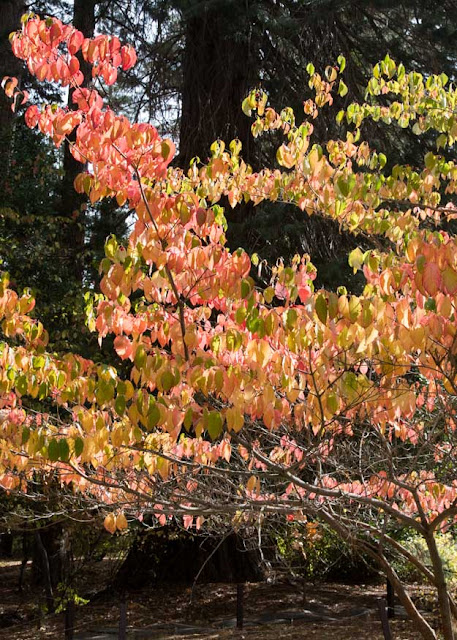 Dogwood were turning from pale green to yellow to scarlet in the valley sun. 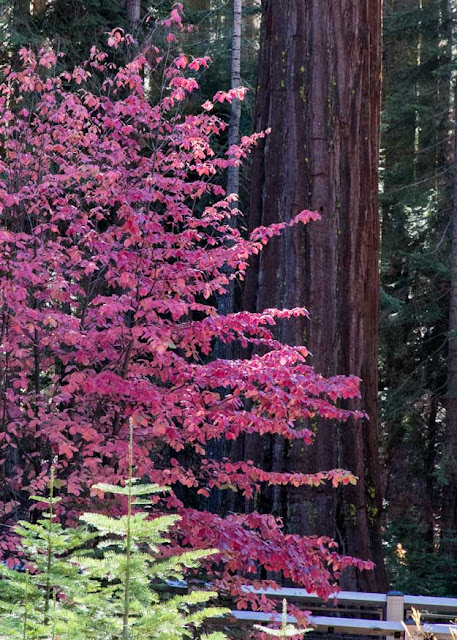 They were more purple up in the Sequoias.

Dogwood is a double delight with their white flowers in the spring and their fall color. 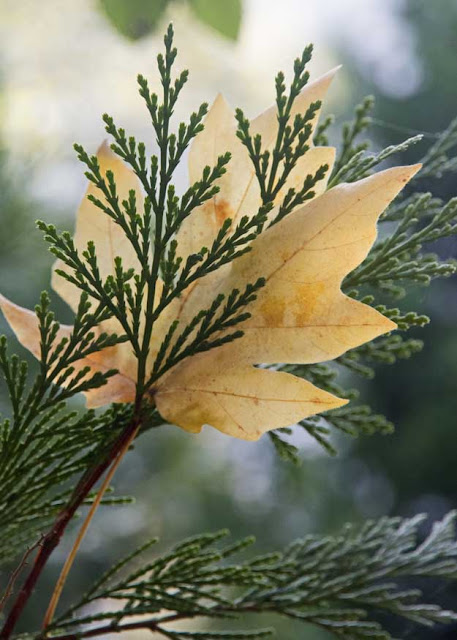 It was a delightful visit to one of our favorite places.

See more views of our marvelous world at Our World, Tuesday
Posted by Martha Z at 7:30 AM 11 comments: 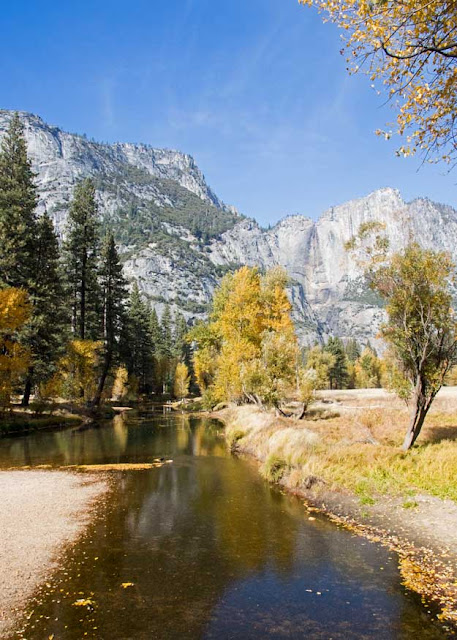 The Summer fires that made the air so toxic that much of Yosemite was closed for a few weeks are now gone.  Blue skies and a few high thin clouds greeted us on our recent visit. 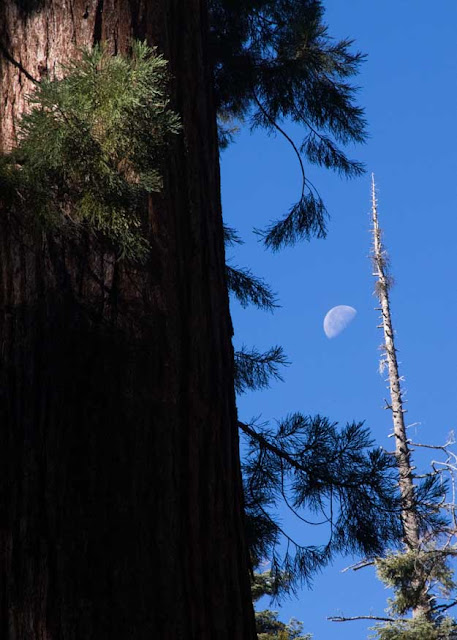 Clear blue sky at the Mariposa Grove of giant sequoias. 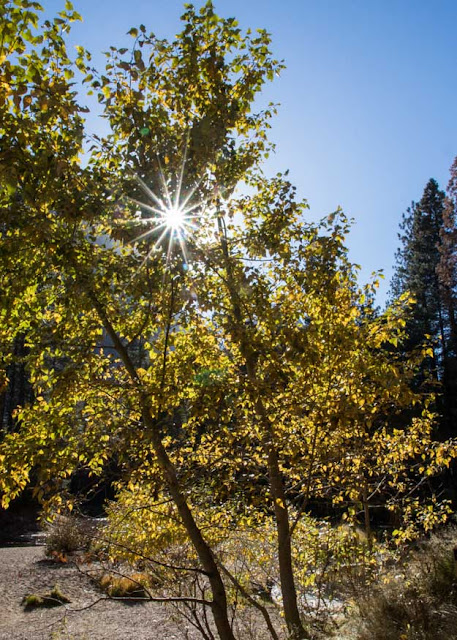 The sun shining clear and bright in the valley.

See more views of the sky a Skywatch, Friday
Posted by Martha Z at 7:30 AM 7 comments:

The Night Godzilla Ate Our Shed

I'm in the process of organizing my image files and I came across this one, a scanned image dating to the the early 1990s. 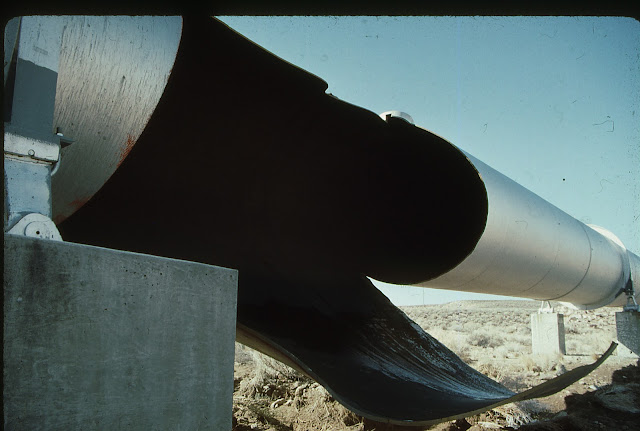 At this time my husband was working at a hydroelectric plant in the Owens Valley on the Eastern front of the Sierra Nevada.  To operate the power plant water is sent through a very large pipe, called a penstock, to a turbine that in turn turns a generator producing electricity.

On the night in question Hubby was at the power plant and I was home, soaking away the cares of the day in a hot bathtub.  Suddenly there was a loud "BOOM" followed by a sound I could only describe as like a giant creature was tearing apart the aluminum shed in the yard.  This was followed by the sound of rushing water.  Now, the housing at the power plant was in a narrow gorge, downstream from a dam holding back a large reservoir.  To say all of this was alarming is an understatement.

So I got out of the tub and headed over to the plant, picking my way through mud and debris to find out what was happening and see if I should evacuate.  It was dark, our access road was washed out but I was assured that there was no danger and we would have to wait until morning to asses the situation.

So, what had happened?  The "BOOM", that was a water hammer caused by the abrupt opening and closing of a value at the plant, it blew out this section of pipe.  The sound of crumpling metal?  Well, have you ever held a finger over the end of a straw and sucked on it and had it collapse?  That is what had happened to the penstock.  When the water rushed out a vacuum was created up above a place where the pipe narrowed called a venturi.

The company quickly repaired our access road and meanwhile the residents could use a road normally used only for official business.  Repairing the penstock took a lot longer.  I don't recall the distance of pipe that was damaged but I think it was over a mile and this happened at the end of the first gulf war where this large heavy gauge pipe was needed to repair the oilfields. It wasn't just the generation of electricity that was at stake, this was a major source of water for the city of Los Angeles!

A temporary work around was found to continue sending water downstream and a source was eventually found for the pipe.  Men worked long hours to repair the damage but they got the job done surprisingly quickly.

Going through old files can be a walk down memory lane.  This was my world many years ago, a place where I could hike and ride bicycles and have an occasional adventure.

Find more views of the world and maybe more stories at Our World, Tuesday.
Posted by Martha Z at 1:12 PM 7 comments:

I leave the blinds open at night so that I can awaken to the sunrise.  This morning I was rewarded with this! 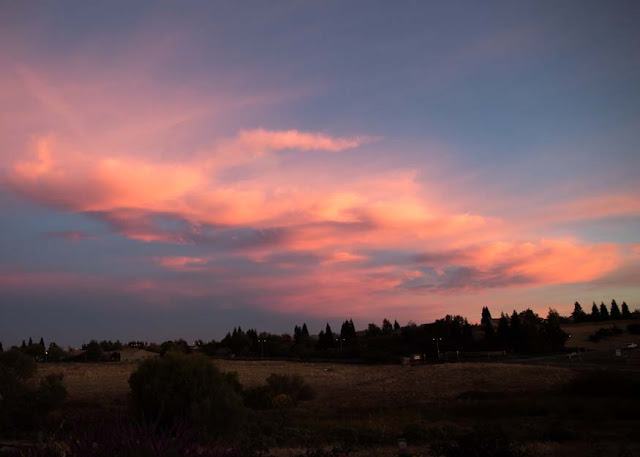 See more views of the sky at Skywatch Friday.
Posted by Martha Z at 2:13 PM 7 comments: